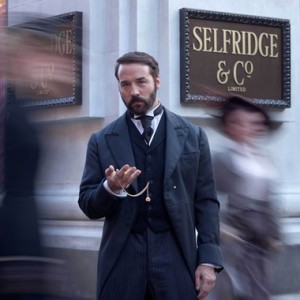 It’s easy to miss great programs on PBS with so many specials and so much umbrella programming, like POV’s documentaries and the American Masters’ profiles. If I don’t stay on stop of the schedule, I invariably regret missing something excellent. Luckily, I happened to catch the Sister Rosetta Tharpe documentary  (I’m convinced the Godmother of Rock’n’Roll inspired Brittany Howard of Alabama Shakes). But I sadly missed the Hullaballoo retrospective.

This weekend features authors Philip Roth and Graham Greene, the return of the Call the Midwife, and the premiere of Mr. Selfridge. As I said in my ‘Watch It!’ column in TheMortonReport.com, Jeremy Piven isn’t really a replacement for Matthew Crawley on Downton Abbey, but he’s perfectly cast in this role. 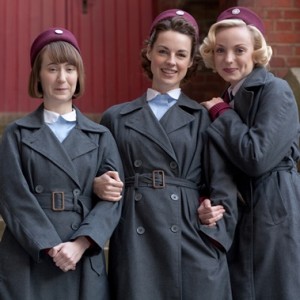 Also recently on PBS, I managed to record Makers: Women Who Made America, the must-see documentary about the last 50 years of the women’s movement. A superb chronicle full of informative details that reminded me of the changes that have occurred—and still haven’t.  If you missed it, watch on the Makers website along with stories from 175 other women—and counting.

At the risk of sounding too ponderous, it’s important – as well as entertaining. A 30-something friend, who was turned off in college by feminism, asked if life was really like Mad Men for women in the day. So I let her know that the first woman who ran in the Boston Marathon in 1967 snuck in and was kicked out. It wasn’t until 1972 that Roberta Gibb could officially participate and led the way us. That surprised and convinced her.

And did I mention PBS’s online film festival of fantastic shorts? I’ve finally signed up on the network’s home page for the newsletter to keep up. I’d like to know when the Nova episode on how plants talk to each other will air. The DVR is getting full.

"I'm a writer, but then nobody's perfect." - Billy Wilder Roberta Cruger, a journalist for more than 15 years, has contributed to an array of publications including Smithsonian, The Believer, HOW, Robb Report, and the Los Angeles Times magazine, websites such as Salon and Treehugger, and has written for National Geographic Traveler and in-flight magazines from Alaska Airlines to U.S. Airways. She was the founding editor of the media section at Creem magazine and worked in programming at MTV from 1981-'88. Her beats cover arts/culture and entertainment, the environment, design, food, and travel, and her books include the "Hungry? Seattle" guidebook and a chapter in the "Rock, She Wrote" anthology.
View all posts by Roberta Cruger →
This entry was posted in Pop AnThrop and tagged jeremy piven, makers, pbs, television. Bookmark the permalink.