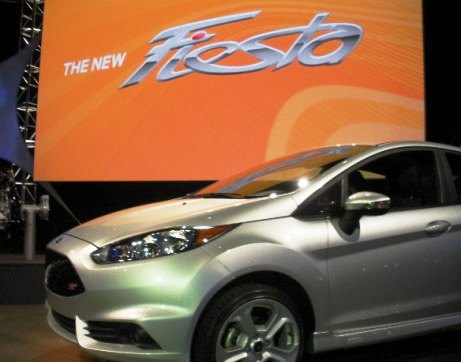 It’s the last day of the New York Auto Show and lots of new vehicles rolled out – including plenty of hybrids and electrics, and the zippy Ford Fiesta. I’m reminded of my report on test drives of green vehicles at the LA Auto Show last year. As a former Detroiter, I’m glad the Big 3 rebounded. I smile when I see Chevy Volts on the road as well as Nissan Leafs and the smaller Prius. The Ford EcoBoost ads are all over TV but where’s its campaign for its 2013 Fusion Green Car of the Year?

I recall an amazing trip to Detroit for the “Forward with Ford” future trends conference almost two years ago—and how the automaker was ahead of the game. The author of The Tipping Point and Outliers Malcolm Gladwell gave an inspiring keynote about the late Marvin Miller, the union leader who not only changed baseball players’ salaries – but reflected a significant shift in the 1970s about everyone’s self-worth. His next book due out in October 2013 is David and Goliath, addressing how underdogs win.

At dinner, I was lucky to sit next to him and asked what he saw currently as the biggest social change. He spoke of Millennials’ demands that companies be transparent and provide value added. I tilted my head, somewhat skeptical. As it turns out, he was right. 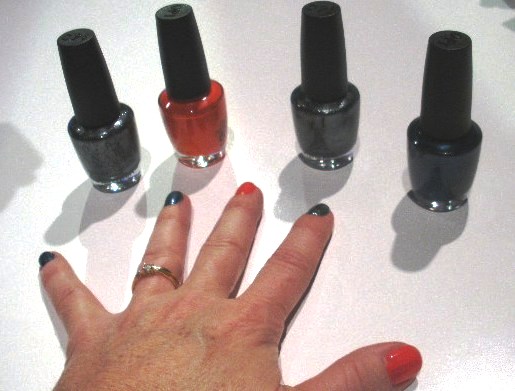 Now I’m not so sure he had in mind Mustang’s Revved Up & Red-y or Ford Fiesta’s Candy Blue and Molten Orange nail lacquers by OPI. Though they’re fun, the cross-promotional nails for the movie Oz the Great and Powerful (directed by another former Detroiter Sam Raimi) dazzle with sparkles and names like “When Monkeys Fly.”

What Ford did promote during that summer was its autos’ sustainable interiors made of renewable materials, innovative lightweight plastics and wireless equipped cars that will prevent accidents by warning drivers of cars coming out of nowhere. On the test track, I experienced it first hand—as a car ran a red light ahead, I braced in the back seat of the Focus, but the driver was able to stop within a couple feet.

I suspect auto fleets of the future will include hybrids, electrics and plug-ins to respond to drivers’ habits (commuter, second vehicle, etc.) not just their taste. Wonder what Ford is working on next? Bill Ford’s TED talk on Global Gridlock? Maybe look for the roll out its electric bike?

"I'm a writer, but then nobody's perfect." - Billy Wilder Roberta Cruger, a journalist for more than 15 years, has contributed to an array of publications including Smithsonian, The Believer, HOW, Robb Report, and the Los Angeles Times magazine, websites such as Salon and Treehugger, and has written for National Geographic Traveler and in-flight magazines from Alaska Airlines to U.S. Airways. She was the founding editor of the media section at Creem magazine and worked in programming at MTV from 1981-'88. Her beats cover arts/culture and entertainment, the environment, design, food, and travel, and her books include the "Hungry? Seattle" guidebook and a chapter in the "Rock, She Wrote" anthology.
View all posts by Roberta Cruger →
This entry was posted in Green ways and tagged auto show, Ford, green cars, Malcolm Gladwell. Bookmark the permalink.