“Hi” from the High Line 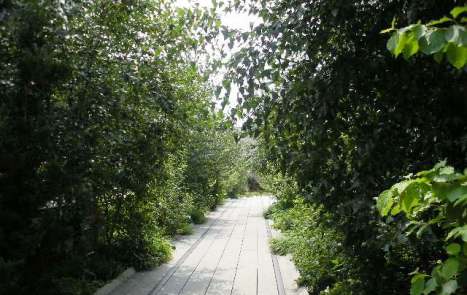 Above 23rd Street and Tenth Avenue

In a classic “Manhattan Moment,” while I was strolling along New York City’s elevated High Line Park from Chelsea to the Meat Packing District, enjoying the view from the former rail tracks and flowering gardens, I heard my name called. Okay, I lived there in the 1970s and ’80s, so I guessed I happened to be bumping into a friend from the day. But instead, I turned to see Cynthia from Dallas, Texas!  A friend of Joe Rhodes, she’d recently stayed with me in Pasadena, when closing up her mother’s home on Grand Avenue, just two blocks from my cottage. Okay, coincidence, maybe. Or meaningful synchronicity and an acausal parallelism, if you believe Carl Jung. What are the chances? And more importantly, what might it signify? Something to consider. But lunch at the Chelsea Market was a delicious discovery and Cynthia’s company, always fun. 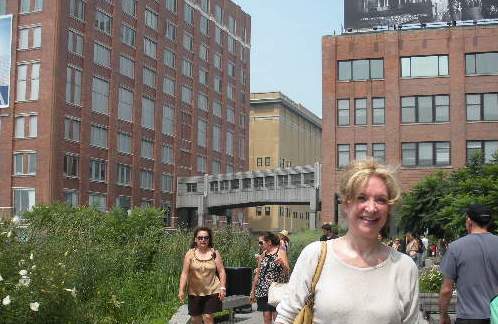 "I'm a writer, but then nobody's perfect." - Billy Wilder Roberta Cruger, a journalist for more than 15 years, has contributed to an array of publications including Smithsonian, The Believer, HOW, Robb Report, and the Los Angeles Times magazine, websites such as Salon and Treehugger, and has written for National Geographic Traveler and in-flight magazines from Alaska Airlines to U.S. Airways. She was the founding editor of the media section at Creem magazine and worked in programming at MTV from 1981-'88. Her beats cover arts/culture and entertainment, the environment, design, food, and travel, and her books include the "Hungry? Seattle" guidebook and a chapter in the "Rock, She Wrote" anthology.
View all posts by Roberta Cruger →
This entry was posted in Travel and tagged High Line, New York City, travel. Bookmark the permalink.